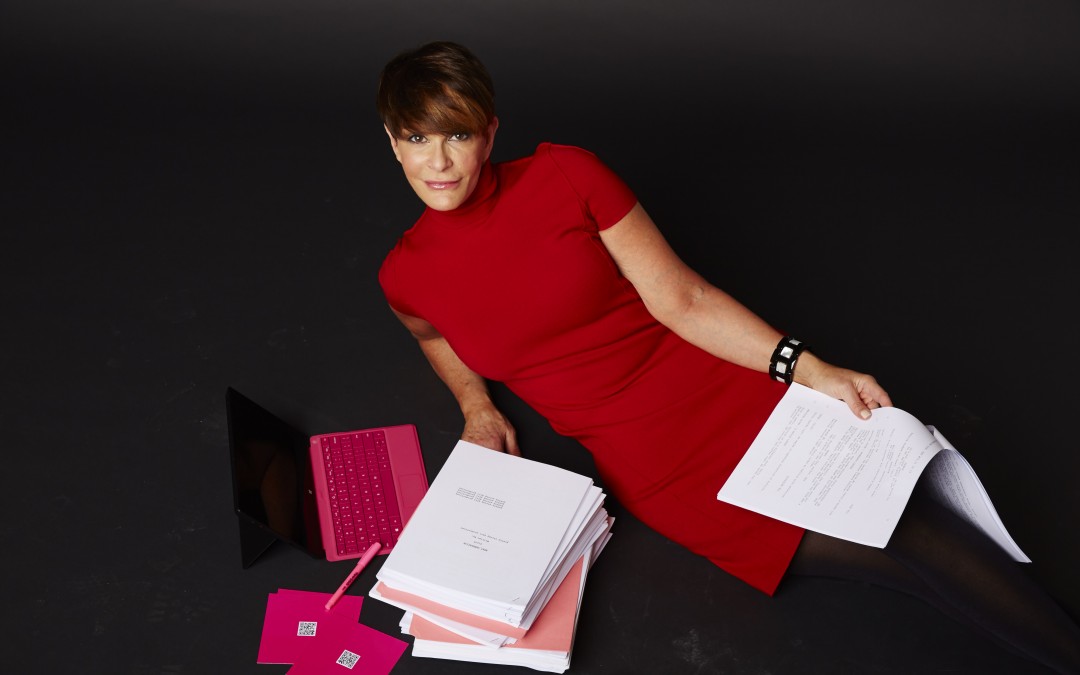 Bear Fruit Films, in association with pretty strong girl productions, presents Director Foley Ellis Ibidapo’s compelling new film, Twenty Minutes, in which a rising politico receives news that sends her on the longest walk of her life. Ibidapo, along with producers Rose Ellen McCaig and Marisa L. R. Prince filmed in February 2014 on location in Boston’s Back Bay, where the camera paid tribute to an area that had witnessed tragedy, resilience, and hope the previous April. In March 2014, Ibidapo submitted Twenty Minutes to the American Black Film Festival (ABFF). 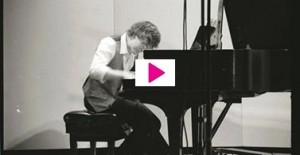 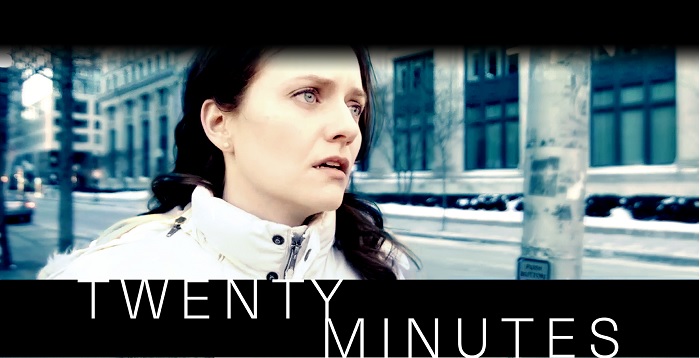 In addition to producing branded content for Abercrombie and Fitch, Saucony, and Incubate NYC, Ibidapo has directed and produced three documentaries through Bear Fruit Digital, including the highly publicized short film, By Faith. Driven to tell emotive, transformative stories that touch hearts and minds, Ibidapo is known for his visual imagery and storytelling skills. His collaborative vision has helped propel Bear Fruit into a sought-after firm.

“Team, thanks again for all the hard work. Twenty Minutes was a passion project of mine, and I could not have done it without any of you. I want to thank you from the bottom of my heart.”

Marisa L.R. Prince is a Writer/Producer and the Founder of Standing In the Gap. She has produced 17 projects (short films, music & corporate videos, and a web series) and co-produced a feature-length documentary she submitted to the 2004 Sundance Film Festival. One of her films, Awakenings, was under consideration for the 2014 Academy Award for Best Short Film. Marisa has written eight original projects for film and television, several of which are in development. In addition to earning a B.A. in Sociology from Spelman College and a J.D. from Boston College Law School, Marisa is a proud graduate of the Los Angeles Film School’s Immersion Producing Program.

“I love the messy, fun, complicated, engaging, tiring and energizing process of bringing stories to life –and the Twenty Minutes experience definitely didn’t disappoint. The team really pulled together, and I hope we co-created something special. One of the best parts of this project was meeting Rose Ellen. I’ve honestly never found a Producer with whom I’m more in sync; I hope we work together for a long time to come!” –Marisa

Marisa and Foley met on Awakenings. Rose Ellen reached out to Foley in response to an email he sent to members of WIFVNE. Twenty Minutes is first project for this team.

“It is my dream to tell small stories with far-reaching meaning –especially those that involve the uncomfortable, unacknowledged sides of human nature. Therefore, Twenty Minutes could not have been a better fit. I am proud to have worked with such a talented group and to play a part in Foley’s vision for this beautiful film about a difficult, important subject.”  –Rose Ellen 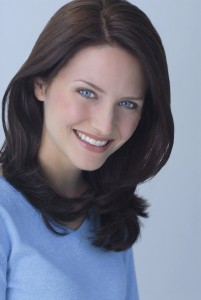 Erin Brehm (SAG-AFTRA) grew up Portland, Oregon. She received a BA in Theatre Arts from Westmont College in Santa Barbara, CA. After graduating, she spent several years as a company member with Lit Moon Theatre Company, traveling the globe and performing at international festivals. She moved to Boston in 2008 and has been working as an actress and model in film, theatre, commercials, and voiceover. Some of Erin’s film credits include Sex Tape (upcoming release 2014), The Forger (upcoming release 2014), and Ascendants. Erin’s Boston theatre credits include Stoneham Theatre, Gloucester Stage, Theatre on Fire, Whistler in the Dark, Imaginary Beasts and Shakespeare Now!

“I greatly enjoyed working on Twenty Minutes and getting to know the cast and crew. Because of the collaborative nature of the team, I felt like I had a lot creative liberty. It was a great opportunity for me to explore some of my emotional depths and tell the story we wanted to tell. Working with Rose Ellen was awesome. She has a great creative eye and insightful ideas. She was very professional yet down to earth and generous. I sincerely hope we will get to work together more in the future.”  –Erin 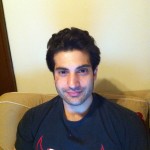 Michael Christoforo (SAG-AFTRA) is from Arlington, MA and now lives in NYC. He is a proud graduate and performing member of Upright Citizens Brigade Theatre (www.ucbtheatre.com). Michael can be seen through June on stage, in the audience participation theatrical spoof, Point Break Live! Other projects in development include a comedy series, Wicked Awesome Friends and an untitled pilot with actor/producer Luis Guzmán. Happy acting, Michael also hopes to one day direct a large ensemble film.

“Twenty Minutes is one of the best and true collaborations I have ever experienced. The film was a culmination of Foley’s vision. He had final say, but he listened and was open to everyone’s ideas. To me, being a great producer means being the glue and the grease to the machine. You have to be the glue to keep all the pieces together and you have to be the grease which allows each moving part to function at its peak. Rose Ellen was most definitely the glue and the grease. And for that I am forever grateful.”   –Mike 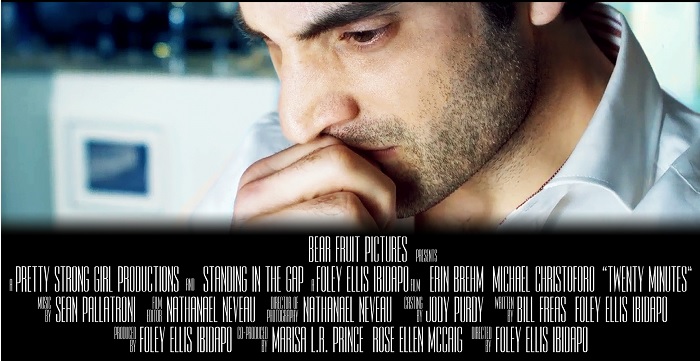 Michael was playing baseball for West Virginia University when he took his first acting class –and fell in love. He struggled over whether to continue with his athletic career or to go with what he calls his “energy shift”. Hel chose acting and moved to Florida where he studied the Alexander technique at the Krane Academy. Hel returned to New England where he appeared in Showtime’s Brotherhood, shot in Rhode Island. Without the proverbial dime to his name, he moved to NYC and began taking Anthony Abeson’s classes and found an appreciation for a craft he says is like no other art form.

“Acting is different because you have to find your own voice based on your interpretation of a piece. You have to turn the mirror on yourself. How you truly feel. To bring your own voice. Your soul is exposed. You put in the hours to find out who you are.”

Michael provided insight into his method and in doing so revealed his dedication and work ethic.

“Believe, perceive, achieve. I am at my best when I am fully prepared. There is no such thing as too much preparation. The ultimate is to know so much you can throw it away.”

Michael shared with Rose Ellen a favorite quote by the late acting coach, Del P. Close, who said “follow the fear” a message that resonated with her, and she embraced it for pretty strong girl productions.

The Embrace, a Monument Celebrating MLK, to Be Unveiled on Boston Common bu.edu/articles/2023/…

US Bestsellers and Book Sales in 2022: Second-Highest at NPD publishingperspectives.com/20… via @pubperspectives

@SeptimusBrown What is a vacation? I practice law full time, so I write on weekends, holidays, and time off!